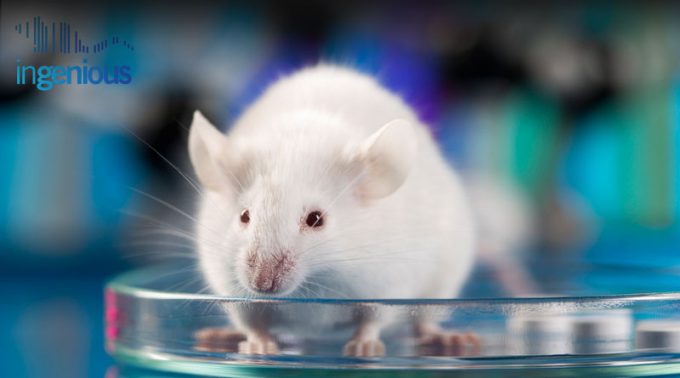 The Cre-lox system is an incredibly powerful and versatile tool for scientists who use mice in their research. The method has many advantages including over two decades of proven success in mouse models and the ability to enable otherwise-impossible experiments. A common application of Cre-lox in mice is the conditional knockout model which is a perfect example of the system’s advantages.

The name conditional knockout refers to the inactivation of a target gene specifically in cells where certain conditions are met. To use conditional knockout in an experiment, two different genetically modified mouse strains are crossed together producing offspring carrying both modifications. One of the parents is altered so the viral protein Cre is produced in specific cells. The other has had one of its genes floxed which means two small loxP genetic elements have been added to the target gene. Conditional knockout occurs in offspring that express Cre and also have the floxed gene. Wherever Cre is active part of that gene is deleted and the remaining portion is inactivated, or knocked out.

Experiments using these mouse models can test a wide variety of hypotheses because the system requires two elements to function: Cre protein and a floxed gene. Each element is provided by a separate genetic modification so the possible combinations are almost limitless. For example, a new strain of mice could be generated by floxing the gene of a particular ion channel. That floxed line could then be used in conjunction with any of the hundreds of Cre-expressing lines that already exist. It would be possible to study the effects of knocking out that ion channel throughout the brain or only in specific kinds of neurons, depending on where Cre is active. If a Cre line with the desired expression pattern doesn’t already exist it’s straightforward to create one, and the new Cre line can be used with many floxed lines.

A major advantage of conditional knockout models is the possibility of delaying gene knockout until later stages of embryonic development or even after birth. This is due to the high likelihood that a gene will have one function in the embryo and another in a mature animal. It’s common for a gene to be essential in embryos such that development can not proceed if the gene is inactivated. Conditional knockouts avoid this problem if the gene is floxed properly with loxP sites in the right places – until Cre is active the gene will initially function as normal. The gene can be inactivated in older mice by choosing an appropriate Cre line. Conditional knockout contrasts strongly in this aspect with another common knockout strategy, constitutive knockout. In that type of model a gene is permanently disrupted in all cells at all stages of life. Such models are useful but don’t have the flexibility of conditional knockouts.

Conditional knockout mice illustrate many of the advantages of the Cre-lox system such as flexibility and control. The steps for placing loxP sites in the genome to flox a target gene have been worked out over decades by researchers around the world. Cre-lox can also be used for other kinds of experiments besides conditional knockout. For example it’s possible to label specific cells by expressing a fluorescent reporter gene or to overexpress a gene of interest in a particular tissue. The possibility of incorporating Cre-lox should always be evaluated if mice are part of future research plans.