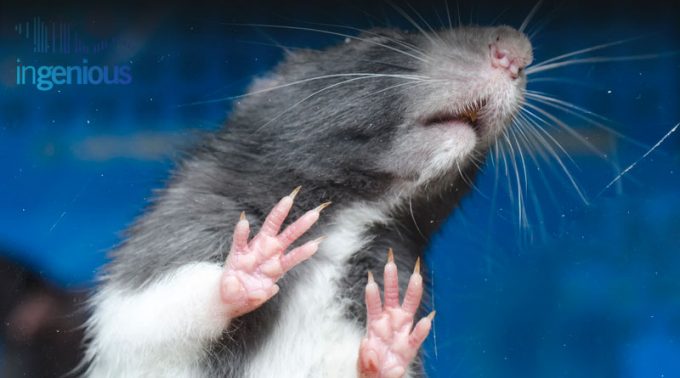 Floxed Mice and the Process of Obtaining Inverted, Translocated and Tissue-Specific Knockouts

The Cre-lox recombination process and the floxing method have become an effective technique to use in order to obtain knockout mice. Whether researchers are looking to find the effects that the inactivation of a certain gene has on cancer cells, or whether they’re searching for lesser known interactions between two genes and how they are disrupted when one of them is deleted or inverted, it is crucial that floxing receives the attention that it deserves. Floxing is one of the simplest methods for creating knockout mice. It resembles something like a “copy/paste” procedure through which the gene is altered or its action is rendered useless.

The process of inverting a gene with the help of the Cre-lox procedure is similar to the deletion process used for obtaining floxed knockout mice. However, instead of just deleting the gene, the Cre-lox recombination technology will never fully separate the gene. Instead, it will add a further step in order to induce the inversion process. This procedure can lead to advances in cancer therapy, diabetes treatments and optogenetics. The field of pharmacogenomics also can benefit from using inversion technology designed for floxing mice. Inversions have been known to help study the abnormally occurring inversions in the human chromosome 9, which often lead to fertility problems and even to miscarriages.

Although chromosomal rearrangements such as translocations are slightly different from the regular floxing methods used for deletion, researchers still utilize Cre-lox technology in order to obtain that effect. The concept involves mediating large DNA segments between chromosomes, which can be extremely useful in helping researchers understand what happens in the DNA when large scale manipulations and migrations occur. The process is obtained by targeting loxP sites on two different chromosomes, then cutting and pasting them to connect each other. This method can be used for chromosome engineering, as well as in combination with floxing methods like inverting and deleting genes on a specific chromosome.

Whether using deletions, inversions or the rearranging of chromosomes necessary to produce translocations, the floxing process is similar, and it can still be targeted as location or time-specific. Location-specific targeting in the case of floxed mouse models can be obtained through a number of means, but the one considered to be more powerful is the introduction of a virus to specify the gene for Cre recombinase into the selected cell. The other most effective method is the use of a promoter. Now, the advantage of using promoters is that they can be more easily adapted for a particular task or to enter certain cells. Since promoters are extremely versatile, it’s possible to use a controlled promoter that will only be expressed in certain cell types. As a result of this, the change, whether a genetic deletion, inversion or translocation, can be adapted so that it will only affect the genetic material in certain organs or tissues. This important breakthrough was responsible for many of the successes associated with cancer research during the past few years. Since genetics play a major role in the development and progression of cancerous tumors, the ability to target genes within only specific tissues and cells can lead to further remarkable progress in this area of research.