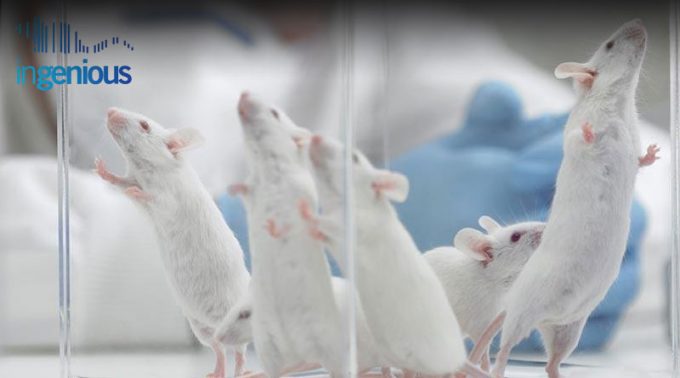 The method known as “floxing” is heavily used in today’s genetic research. While scientists have not yet managed to reach its full potential, they are finding remarkable results in discovering how the mouse genome works, and subsequently making many new discoveries about the human genome in the process, through the use of methods such as flanking by loxP (a.k.a. floxing).

From the beginning stages of the evolution of the floxing method, the production of floxed mouse models has been found as essential for making further progress in genetic research. Today, floxing has evolved well beyond its infancy, with a remarkable acceleration in the production of floxed mice and the creation of methods such as Split Cre technology, which are capable of greatly improving the targeting of specific genes through various, unique strategies. This methodology splits Cre recombinase in half with an FRT-flanked neomycin selection cassette for generating your mouse line without the worry of ES cell toxicity.

Today, genetic researchers are able to start by thoroughly analyzing the target gene, coming up with unique genetic manipulation strategies that use floxing to obtain knockouts or other gene alteration results, and cloning relevant fragments of DNA into targeting vectors.

Regular and conditional knockouts, as well as knockin mice can be obtained through floxing quite easily. The speed of this process has improved remarkably compared to the results obtained by previous methods. Today, a floxed mouse model can be generated in as little as 6 months, and the strategies required to breed founders in order to obtain F1 mice are also available to both professional and amateur genetic researchers.

An Example of Using Floxed Mouse Models in Practical Applications

The recent advancements in floxing are quite impressive, but what are its practical applications? And why are floxed mouse models considered so important in the field of genetic research? The answers involve the research of diseases induced by various genetic mutations or the inactivation of certain genes.

A good example is a discovery made in 2004 by scientists using floxed mice, was endoglin – a glycoprotein that can be found on cell surfaces – which is responsible for the development of the cardiovascular system and plays a key role in vascular remodeling. As a result, any alteration, as well as the lack of endoglin from the body, has been found to lead the knockout mice to die early due to various cardiovascular abnormalities.

Because of the limitations that scientists have hit while trying to study the role of endoglin in the developmental stages that follow pre-natal life, there has been a lack of sufficient research to produce adequate treatments that can help infants suffering from genetic abnormalities associated with the expression of endoglin. As a result, geneticists have recently created a mouse model featuring a floxed endoglin allele in which the loxP sites flank exons 5 and 6 to allow for time-specific endoglin deletion.

This remarkably practical use of a floxed mouse model to obtain new data about a gene could lead to the future development of new treatments, and is just one of the many examples of how important the research of floxing and floxed mice can become in the future.