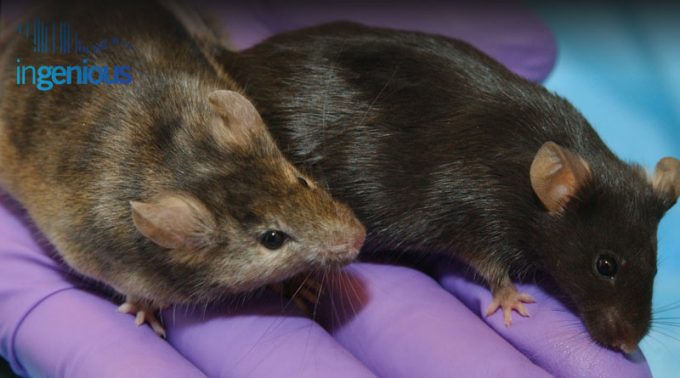 The Study of Cancer and Tumor Suppression Through p53 Floxed Mice

P53 floxed mice and knockout mice are used for the study of tumor suppression mechanisms and what happens when they fail. While the human body is extremely complex and intelligent, the impairment of a “tiny” tumor suppressing gene like the p53 gene – as well as the inheritance of only one copy of the gene from one’s parents – can lead to a strong predisposition to various forms of cancer.

An Overview of the p53 Gene

The use of p53 floxed mice can go a long way towards the discovery of new treatments for cancer due to the important function of the p53 gene. This gene is responsible for coding the TP53 protein, which can regulate and prevent the formation of tumors within the body. It is also able to regulate cell growth and moderate the cell cycle, which is necessary for controlling the exaggerated growth of cells found in most types of cancer. First identified in 1979 by Arnold Levine, William Old, and David Lane, while working on similar projects, the p53 gene was thought to be an oncogene at that time. That perception changed ten years later when it was discovered that this gene suppresses tumors.

Why Are p53 Floxed Mice Needed?

Floxed mice have long been used as part of a process known as gene knockout, which uses the Cre-lox recombination method to delete genes flanked by desired loxP sites (floxed genes). Scientists are able to use floxed mouse models of the p53 gene and compare results with the control group. This way, they can study the development of an animal model in which the gene was partially or completely deactivated, as well as the effects of inactivating the gene at certain points of the mouse’s development or in specific tissues. The potential wealth of knowledge that can be gathered with the help of these mice may lead to remarkable breakthroughs in creating practical and affordable treatments to fight one of the world’s deadliest diseases.

Why Is the p53 Gene So Important?

Similarly to the Rb gene, p53 is a tumor suppressant gene. This gene’s mutations contribute to the development of most tumor types because the gene has the function of binding DNA, which stimulates the production of a protein called p21, in order to interact with CDK2 – a protein that stimulates cell division. If the p53 gene is impaired, p21 can no longer stop the CDK2 gene from promoting higher rates of cell division, which leads to cells dividing uncontrollably and generating tumors.

The Aim for Future Breakthroughs with p53 Mouse Models

P53 floxed mice and knockout mouse models of the p53 gene can help researchers find ways to develop new and more efficient treatments for cancer. While this isn’t necessarily common knowledge, researchers have identified the TP53 gene as the most frequently inactivated or impaired gene associated with all forms of cancer. Additionally, there are germline mutations of the gene that can lead to the development of the rare Li-Fraumeni syndrome, which can increase one’s risks of developing cancer. P53 floxed mice may be able to gradually provide researchers with the data that they seek to uncover many of the yet unknown mysteries of cancer and discover methods to treat it in the future.

ingenious targeting laboratory has developed over 100 humanized p53 mouse targeting vectors, or p53 humanized mouse models, which includes both standard and conditional p53 mutations. Using the elegant p53 targeting system developed by ingenious targeting laboratory, investigators studying the p53 gene and relevant protein pathways now have at their fingertips a suite of validated, cost effective products and services at their disposal. We offer a selection of pre-made vectors and targeted ES cell lines, using our own robust and validated ES cells. In addition, ingenious targeting laboratory has generated a few different p53 floxed mice. The flexibility of this system allows for customizable and regulatable mutations that fall between exons 4-9 of p53. Genetically engineered mouse models of human disease, such as the p53, can provide new insights into cancer.