How A Knockout Mouse Is Made 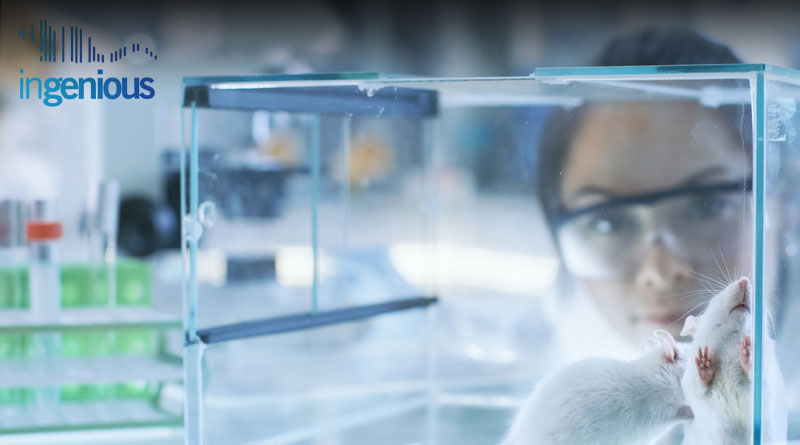 How a Knockout Mouse is Made – Types of Methods and Procedures

Understanding how a knockout mouse is made is essential for anyone who works with lab animals. In recent years, with advancements in technology and the development of more advanced methods, the science has become available for transgenic facilities to streamline the knockout mouse process.

Creating knockout mice can involve different methods and technologies, such as CRISPR and ES cells, for producing the desired gene knockout outcome. Each approach has its own unique advantages depending on the goals of the knockout mouse to be studied.

The CRISPR genome editing system is a RNA-guided endonucleases system allowing users to design gRNA which will target small DNA sequences of interest. In the presence of Cas9 endonuclease, the gRNA directs Cas9 to unwind and cleave the double stranded DNA at a specific location. For the generation of knockout alleles, the microinjection of a single guide RNA in zygotes is sufficient to create indels in a critical exon of choice, inducing a frameshift mutation and therefore functionally abolishing the gene of interest.

The emergence of CRISPR/Cas9 gene editing technology has considerably improved the time frame and the process of creating these modified alleles. In particular, this revolutionary technology has enabled rapid production of knockout mice or mice carrying a single point mutation, which mimic those in human patients.

The Purpose of Making a Knockout Mouse for a Study

The goal of making knockout mice is to completely deactivate a certain gene of study in the mouse in order to study its effect on the body. Without the gene, certain physiological functions may be impaired, which can give insight into the development of various diseases. This allows researchers to find ways to counteract such problems and symptoms, and then use that data to develop new treatments for human diseases.

Designing and Inserting a Targeting Vector

When making knockout mice, the first and most important step is designing a vector that will direct replacement at your specific gene location of interest. Upon identifying a good place to target your gene, a vector is made containing complementary genomic sequences and markers such as neo and TK that, once inserted into your gene by homologous recombination, will create the gene knockout. The vector is then inserted into ES cells through electroporation.

Once the targeting vector is electroporated into ES cells, a screening process is initiated to identify clones that underwent proper homologous recombination. To separate the correctly targeted cells from those that have to be discarded, researchers will use the drug-resistant marker from the vector to narrow down properly targeted cells. PCR analysis will further confirm proper targeting, leading to one copy of the gene being knocked out in those cells.

Once the right cells are prepared, it’s time to inject them into the blastocyst that will become the target chimeric mouse. The ES cells will typically be transplanted into the healthy blastocyst contained inside the uterus of a white mouse. This is an efficient method for making knockout mice, since the resulting mouse will have white and dark patches, making it easily identifiable as a chimera.

Once the chimeric mouse is successfully generated, the final process is to validate and breed it. The chimeric mouse will normally be bred with a normal, black mouse, in order to pass down the altered genetic material to its offspring. Typically, if the experiment is successful, the resulting mice will have a normal version of the knockout gene from their mother and a knocked out version of the gene resulting from their father. These results will become apparent when performing DNA sequencing on the gene in question. By regularly making knockout mice, it’s possible to become more proficient, learn better techniques for targeting genes more successfully, and more.

There are online tools available that simplify the design process if you’re making a straight forward model with the CRISPR/Cas9 method, and then reagents can easily be ordered through a provider company.

Various methods, such as electroporation, are available for delivering Cas9 and your targeting materials into embryos. Foster mothers are then used for implantation of the embryos.

Genome editing efficiency via CRISPR/Cas9 can widely vary. A founder mouse that contains viable and properly targeted germ cells in needed in order to successfully create a new line. Genotyping is typically done by looking at DNA from the tail or ear. However, a positive genotyping result from these tissues does not conclusively show that a founder mouse can pass on the mutation. In this case, generating and testing multiple founders is necessary.

Once you have multiple founders, they are set up to breed with wild-type mice and the offspring are genotyped. The specific mutation in each founder can possibly be different due to mosaicism and so it is strongly recommended that F1 mice from different founders be treated as completely separate lines, as the specific mutation can have different expression levels. Validating each founder’s offspring independently can help you decide which mice to move forward with.

Sequencing the mutation site as well as around the mutation site is important for validating the model as well as ensuring no unwanted rearrangements or deletions occurred, which is possible with the CRISPR technology. Then, functional studies can be conducted to show that, for example, the mutation did in fact disrupted gene expression.

Knockout and knockin mice might seem similar in that they are both genetically modified animal models, but their purposes are generally different. Knockout mice are designed to have a deleted or mutated gene sequence which renders the gene non-functional (or “null”).

In contrast, knockin mice are often designed for studying specific mutations of a target gene, such as a point mutation that results in expression of a desired mutant protein from the modified gene. Knowing how a knockout mouse is made thus opens the possibility of understanding other gene editing methods, such as generating a knockin mouse, as well.