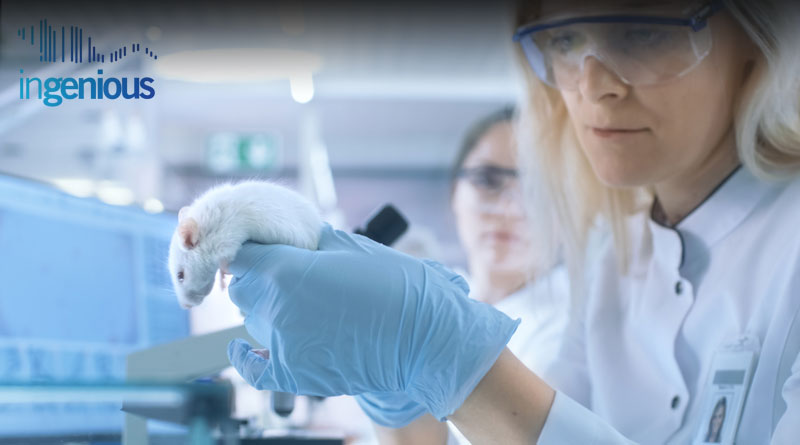 While knockdown mice are still experimental, there is a fair amount of research associated with these animal models. Unlike in gene knockout, where entire genes are erased, gene knockdown is a slightly different technique that only targets gene expressions. Through this experimental method, researchers are able to silence the expression of one or more genes in a single animal model, without eliminating the gene entirely. Knockdown mice are not yet engineered for commercial purposes, their primary design focusing on the academic research and scientific development of the technique. Only a few companies are currently able to offer commercial gene therapy options that use knockdown procedures.

What Is a Knockdown Mouse and Why Is It Important?

If you are familiar with knockout mice, you already know that these mice are bred to have at least one particular gene completely erased from their genetic makeup. In contrast, a knockdown mouse is an animal model in which the gene expression of a certain, specific gene is only reduced by about 70%, and the gene is still very much intact in the genome. These mouse models are most typically used with the aim of managing serious physical conditions such as cancer, viruses and bacterial infections. RNAi has been used particularly for dealing with viruses, including HIV, as well as cancer. In both cases, the goal is to silence genes that feature expressions responsible for facilitating cancer growth and allowing viruses to replicate, respectively.

RNA Interference – The Most Common Means of Obtaining Gene Knockdown

When you hear about the knockdown procedure that is most popular among researchers, RNA interference, or RNAi is the primary method most scientists will speak of. This procedure can be used in developing knockdown mice for research purposes through the use of mRNA degradation. Double-stranded interfering RNA (siRNA) is introduced into the cytoplasm of the ES cells, which leads to an often severe impairment of gene function within the developing mouse specimen. As the process is quick and inexpensive, it provides researchers with a unique and straightforward method for genetic functional analysis.

This procedure uses effector nucleases known as TALENs to target genes more effectively. It is used for targeting specific genes more accurately, and it involves using sequence-specific effectors that can be introduced into a mouse cell as a plasmid. The ultimate goal is to cleave the target DNA sequence according to the sequence specified by the TALENs, and then use a process known as non-homologous end joining to repair the damage caused by the cleavage. Correcting the damage is important, since the cell’s repair attempts can lead to permanent damage and deletion errors, rendering the knockdown mice unusable.

CRISPR is probably the easiest and fastest method of obtaining a viable knockdown mouse model. Clustered Regularly Interspaced Short Palindromic Repeats (CRISPR) is a relatively new technology which was first discovered with the help of prokaryotes. Proteins known as CRISPR-associated genes (or Cas genes) are utilized to insert small portions of exogenous DNA into a CRISPR repeat locus. In turn, these inserts are later used to introduce RNAs as template sequences that the Cas proteins use to partially or completely silence the targeted genes in the mouse genome. This elegant and accurate method for producing knockdown mice is commonly used by scientists as part of the most important and recent studies of the genetic development of various diseases.