A knockout mouse is a mouse in which an existing gene has been inactivated, or “knocked out,” by deleting portions of the gene’s DNA sequence to make it nonfunctional, or by replacing the gene with an altered DNA sequence.

Stop putting your knockout mouse study on hold and get a quote today. 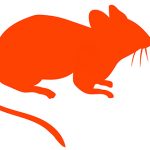 Target gene is partially deleted or replaced with a reporter gene, thereby inactivating it at all times in all tissues. 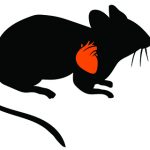 Work with ingenious for your custom knockout mouse model and enjoy:

The model you design is the model we deliver.

Assurance of your mouse model, not just your money back.

Our proprietary technologies save time and money.

“iTL recently produced a new knockout model for us from a KOMP targeting vector (knockout first, conditional potential). The entire process was extremely efficient and the staff at iTL were both knowledgeable and helpful. We chose iTL because of their cost-effective service and their guarantee of germline transmission when using a KOMP targeting vector. Now that the project is complete, I would definitely use their services again in the future and would recommend them highly to anyone looking to create a new mouse model.”

How does gene knockout work?

Multiple strategies can be used to create knockout mouse models with the optimum strategy depending on experimental plans and the gene’s sequence. The goal in all cases is to prevent the normal translation of the gene’s full length wild-type sequence.

The first method used to create targeted gene knockouts in mice was the insertion of a foreign sequence directly into the gene, usually accompanied by deletion of part of the gene’s sequence. This genetic modification is accomplished using the standard technique of homologous recombination in embryonic stem cells and the strategy is still used today as a reliable method for knocking out a gene. Typically the inserted sequence includes an antibiotic resistance gene to help in screening for cells where the insertion was successfully introduced.

One variation of this strategy incorporates a reporter gene into the inserted sequence, for example an enzyme such as beta-Galactosidase or a fluorescent protein such as GFP. Carefully inserting the reporter sequence into the target gene results in the target gene being knocked out and the reporter being expressed in its place. Such a line can be used to precisely identify cells where the targeted gene is normally expressed since the reporter’s expression is driven by the target gene’s promoter.

In recent years new options have become available for creating knockout mouse models. The nuclease activity of proteins such as ZFNs and Cas9 can be precisely targeted which enables researchers to make cuts specifically in the DNA of a target gene. A single cut will be identified by the cell’s DNA repair machinery and targeted for repair but that process is error-prone and often results in small sequence changes. It’s common for mutations to be introduced at the cut site which result in early stop codons being introduced into the gene. During translation the early stop codons will either result in a truncated protein product or trigger a process called nonsense-mediated mRNA decay and either way normal translation is interrupted and knockout results. It’s important to consider the potential effects on other genes located near to the target gene in the genome, particularly when nucleases are used to introduce mutations. Depending on the strategy that’s chosen the DNA repair machinery can make surprising and unwanted changes in the genome which may affect neighboring genes. Careful validation is required for all knockout mouse models no matter what method is used to create them.

The methods described here have all been specific for the conventional knockout approach where a gene is permanently inactivated. Conditional gene knockouts are also possible.

What are knockout mouse models used for?

The most straightforward use for a knockout mouse model is for the study of a human genetic disease caused by an inactivating mutation. Because mouse and human genes are highly similar a mouse model with a disruption of the same gene will recapitulate features of the human disease. A typical application of this approach would be a neuroscience study that aims to understand how inactivating a specific gene will affect the overall function of the brain. Such a study may only be possible using an animal model with complex tissues made up of multiple cell types. As an example, the gene of interest may be expressed in one cell type but affect the function of completely different cells. In such a case the knockout mouse could enable experiments that can’t be done with cultured cells but rather require a living organism.

Sometimes a mouse gene knockout will be used in conjunction with a second genetic manipulation that causes a new sequence to be expressed. This strategy is one method of creating genetically humanized mice with a human gene sequence expressed in place of the homologous mouse gene. A knockin line can be created that expresses the human gene and that line is crossed to a mouse knockout line. More information about the knockout/knockin humanization strategy and other humanization options can be found here.

ingenious began as one of the pioneering companies delivering knockout mice to researchers worldwide. From conventional deletions to conditional knockouts and large scale deletions using BACs, we have developed the technology and expertise to target even the most challenging genes. Working with ingenious targeting laboratory, our clients know they have chosen a company with longevity, backed by almost two decades of successful, published experience with knockout mouse models.

Generating numerous knockin models with ingenious has gone like clockwork

“The people at InGenious are friendly, professional, and extremely good at what they do. I have made 5 Knockin mice with them and everything has gone like clockwork.”