When it comes to evaluating the benefits and disadvantages of using a transgenic mouse model to test a hypothesis about disorders affected by genetics, there are many important points to remember. Importantly, transgenic models can be highly effective in evaluating the reason for the development of various diseases, as well as the possible actions that can be taken to cure them. However, in order to use the scientific method as effectively as possible, one has to look at both the advantages and the drawbacks of using a transgenic mouse model in a given purpose. 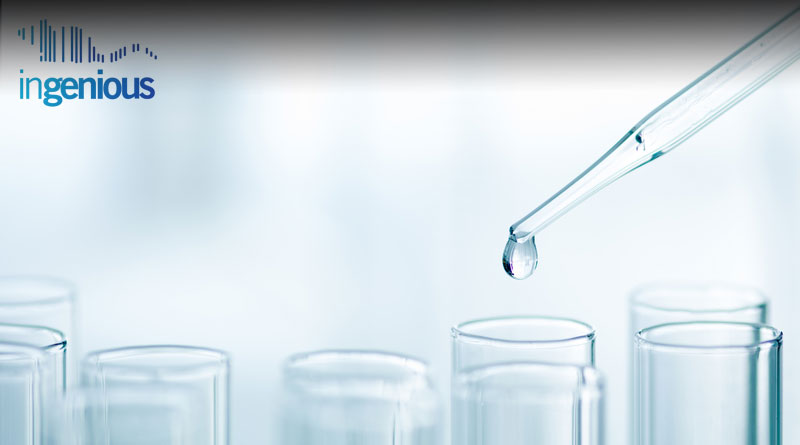 Why Are Transgenic Models Used?

Transgenic mice have become an integral part of the research process when it comes to evaluating disease characteristics and potential and/or existing treatments. In general, drug treatments cannot be approved for use in humans if they are not first tested using animal subjects. Under these circumstances, transgenic mice are indispensable. They allow researchers to test potential drug treatments more readily and get results much faster than is the case with human trials. Moreover, in some instances, there are diseases that have unknown causes, and transgenic mice are useful for investigating specific aspects of these disorders. While it may not be possible to fully replicate the disease as it occurs in humans, mouse models can still replicate specific characteristics, symptoms, or pathology of the disease, triggered by particular genetic modifications introduced into the mouse. 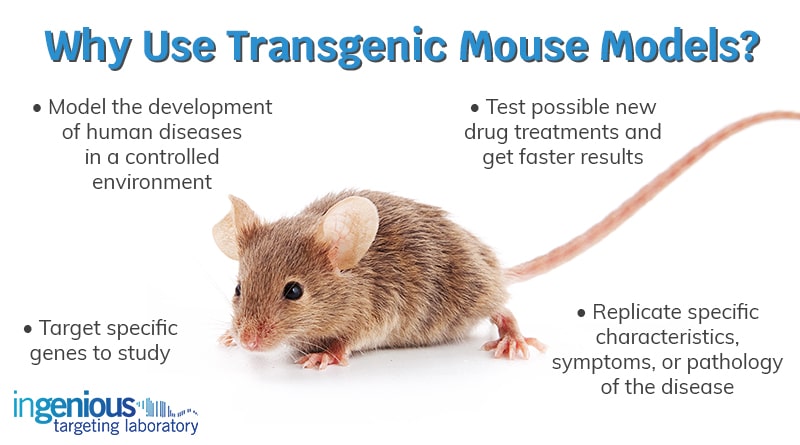 Are There Any Drawbacks Linked to Transgenic Mice?

The transgenic mouse model is extremely useful and critical for scientific and medical research, but it’s not without limitations. For example, the fact that some human diseases cannot be fully modeled in the mouse, or actually develop differently in the mouse, can be a significant drawback in understanding the disease and evaluating potential disease treatments. Additionally, the technologies used for introducing specific genetic changes in the mouse are not entirely foolproof, and sometimes the work needs to be repeated several times in order to obtain the correct result. Finally, even if most of the disease model parameters check out, and a treatment works in mice, it might not always work in humans the same way. This often has to do with the biological differences between mice and humans, and it’s something that researchers must be wary of and carefully account for.

Alzheimer’s is a disorder that can be modeled and studied with the help of a transgenic mouse model. Although there are currently no available mouse models that fully mimic the disease, the existing mouse models allow us to study specific aspects of the disease. One important disease characteristic is beta-amyloid – considered the “toxic” protein in Alzheimer’s – which can prove useful in uncovering the most likely causes of Alzheimer’s complications. Tg2576, for example, is a good transgenic mouse model to start with in order to produce genuine human amyloid.

“We found iTL’s service to be exceptionally efficient and very well managed. We generated several mouse lines with iTL, and every step for each project was performed quickly and precisely, without any delays or problems.”

There are many ethical problems with human testing; not just when it comes to live subjects, but also in terms of using human embryonic stem (ES) cells. As a result, transgenic models are currently not just the best alternative to human trials, but in many cases, the only viable alternative. Since ethical issues are still an important and necessary consideration, one of the best ways to achieve critical progress in genetic and disease research is to use and study transgenic mouse models. 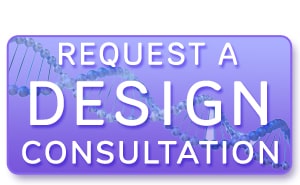