What Is A Transgene?

What Is a Transgene and What Is Its Main Purpose?

When considering the question “what is a transgene and why is it needed,” most scientists would point at the large body of genetic research in use today. Transgenes are an integral part of modern genetic manipulation, but what are they exactly? What is their main underlying purpose and advantages, and what makes them play such a pivotal role in the development of humanized mouse models and various genetic manipulation methods designed to target specific diseases? 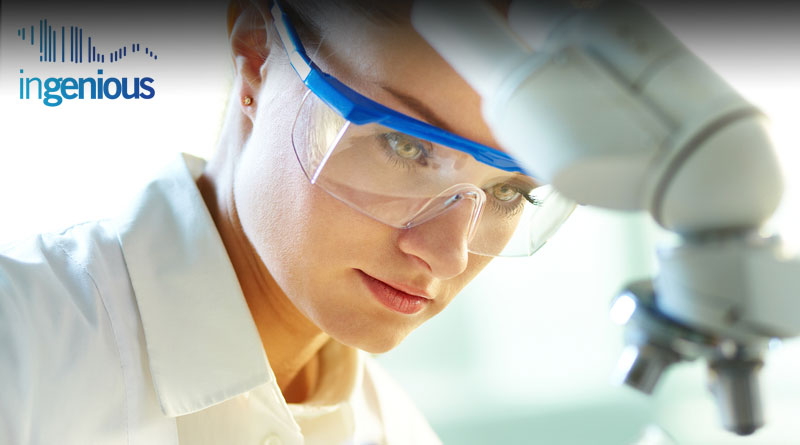 Before going any further: what is a transgene exactly? The concept of a transgene has been broadly understood for more than 100 years, as the advent of genetic research made its way into the 20th century. As time went by, technologies evolved, and transgenes became widely used during the late 1970s and early ‘80s. Transgenes are pieces of genetic material that are used to modify the genome of a certain organism. The modification of the organism’s phenotype is also possible through the use of transgenes. In order to function properly, transgenes require several key components. The promoter is a regulatory sequence that determines where and when the transgene will be activated, while the exon is in charge of protein-coding sequence and the stop sequence. A third element is the bacterial plasmid that is used to deliver these components to the host genome.

“The project was very well managed…in fact, using iTL validated my decision to not try and do this in my own lab. It would have been a catastrophe… (My project manager) was very helpful, always getting back to us in time and explaining every step of the project. I would be glad to serve as a reference for iTL and its staff.” 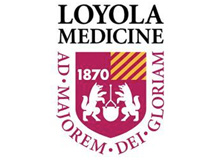 Why Are Transgenes So Important?

When you ask “what is a transgene,” you also have to ask yourself, why were transgenes were developed in the first place? Transgenic organisms have the important role of expressing various genes, which may make them vulnerable to specific disorders or conditions that researchers aim to study. The valuable research gathered from the development of humanized transgenic mice, for example, has been used to develop new treatments for cancer and other, equally debilitating disorders. Advancements in molecular biology allow for new models to be developed, helping scientists study the human genome more closely and conditions such as aging, diabetes, infertility and immune response.

The first transgene to be obtained in controlled conditions through specific, genetic manipulation methods was in 1974. Staphylococcus aureus genes were then introduced successfully into e. coli. The first eukaryotic organism to be used in a gene transfer experiment was yeast in 1978. After yeast, the first transgenic mouse model was developed just one year later. During the first trial experiments, DNA was transferred directly into the target cells via microinjection. 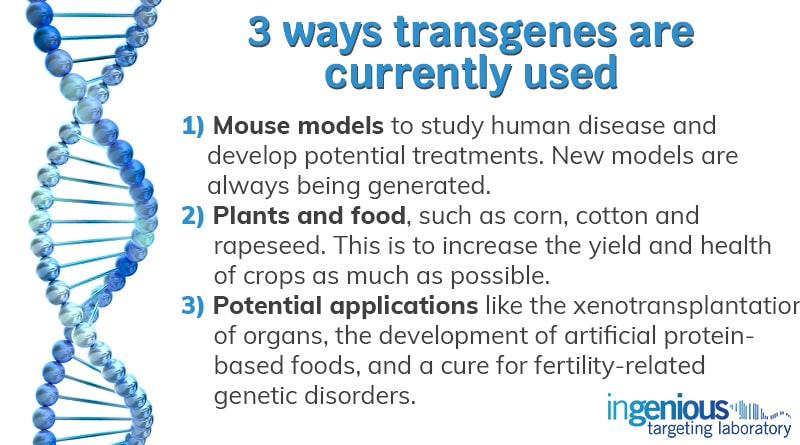 Modern Examples for the Uses of the Transgene

What is a transgene, and how is it used today? Although there are many examples, perhaps the most significant is the use of transgenes in plants and food. Corn, cotton and rapeseed are just a few of the plants that have been genetically modified for the purpose of increasing the yield and the health of crops as much as possible. New mouse models are also being developed on a regular basis, the oncomouse being an entirely new genetically modified mouse species developed for the study of cancer. Considering the issue “what is a transgene and what should we expect in the future,” researchers also point to potential applications like the xenotransplantation of organs, the development of artificial protein-based foods and a cure for fertility-related genetic disorders. 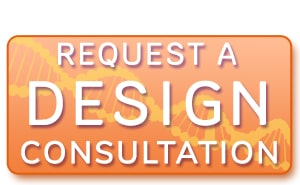