What Is A Stem Cell Line? 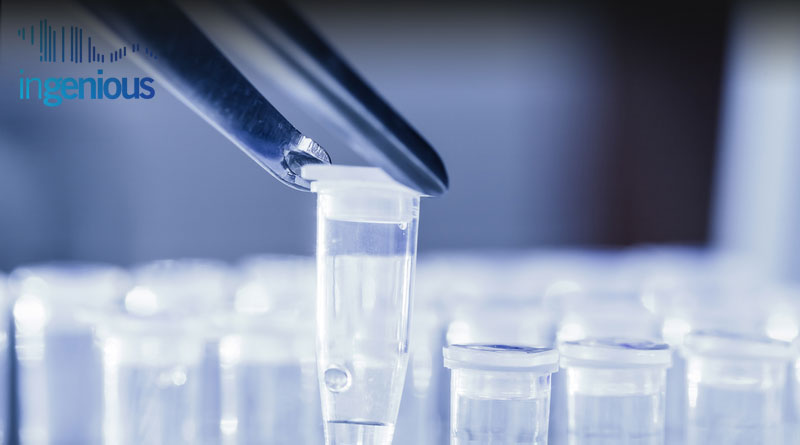 What Is a Stem Cell Line and What Is Its Significance in Genetic Research?

Understanding what stem cell lines are is an integral part of learning about the new ways that genetics impact the science of regenerative biology, and how this research can lead to curing some of the most debilitating ailments known to medicine today. Stem cell lines are the basis of a science that has been around since the early 1980s, when scientists first managed to derive stem cells from mouse embryos. Since then, the study of stem cells has evolved to a great extent, as breakthroughs were made to derive and use human stem cells from embryos as well as adults.

What Are Stem Cell Lines?

A stem cell line is essentially a group of stem cells that is cultured for various purposes using in-vitro methods. Stem cell lines are commonly used in genetic research and regenerative medicine, and they have already led to countless breakthroughs that would not have been possible by using other types of cells. Because of stem cells’ unique ability to renew themselves as they divide, they can essentially multiply to an indefinite extent, which is part of why they are so valuable.

Stem Lines and Their Main Purpose

Of course, stem cells don’t multiply like immortalized cell lines that lose their ability to halt their regenerative properties due to mutation. Instead, stem cells, whether they develop in-vitro through stem cell lines, or whether they are used by the body internally to repair or build important elements of itself, propagate as a result of their inherent, natural properties. Stem cell lines retain the stem cells’ original genetic qualities, while still dividing virtually indefinitely. Also, another important property, and one that could lead to major medical breakthroughs, is the fact that stem cells are multipotent, as they are capable of taking the role of any other specialized cells.

There are three types of stem cell lines: those cultured from embryos, those derived through adult stem cells and those that are generated as a result of induced stem cell research. Embryonic cells are the easiest to culture, since stem cells are present in abundance in the embryos of any species. In humans, in the case of a 5-day old embryo, these inner cells give rise to the entire cellular diversity of the body. Adult stem cells still exist, despite the fact that the body is fully developed. These cells are primarily used for repairing cellular damage in certain areas, and can also be cultured in-vitro. In the case of induced stem cells, the process is more complex. These are stem cell lines derived from adult somatic, reproductive or pluripotent cell types through the use of artificial genetic reprogramming.

While there are many differences between embryonic and non-embryonic stem cells, most researchers find them both to be equally useful in anything from growing a basic stem line to genetic therapy. Some studies show that non-embryonic stem cells might not be able to reproduce as easily as embryonic ones and that scientists still haven’t found adult cells that could develop all types of tissues. Moreover, embryonic cells don’t usually contain as many abnormalities caused by toxins, sunlight and other factors that tend to affect non-embryonic cells.

Which types of stem cells are better to use in a research environment, and which have the greatest potential for practical applications? Although embryonic stem cells hold the most potential due to their ability to transform into any other type of cell the body needs, they are notoriously difficult to control. As a result, scientists have barely begun to scratch the surface on how they can be reprogrammed to serve specific purposes. On the other hand, multipotent adult stem cells can still offer a practical level of flexibility that scientists can use without the added ethical issues or technical difficulties associated with embryonic cells. New findings and studies conducted with the help of animal test subjects have confirmed that stem cells still have a great potential to adapt to new roles, even after they have begun to specialize. Ultimately, it’s easy to see how both adult and embryonic cell lines might be suited for different types of research.

What Are the Best Approaches to Using a Stem Line for Research?

Using stem cells to research better ways to fight disease has widely been considered a successful endeavor, leading to future, continued use of stem cell lines in medicine.Although learning about these cell lines and their potential is a slow process, there are promising possibilities on the horizon, as well as many significant breakthroughs that have already been made. It is important, therefore, to put stem cell research into perspective and view its remarkable potential together with its drawbacks and current limitations.

Common Problems That Could Be Solved with Stem Cell Research

One major problem that doctors face when attempting an organ transplant is the tendency of the patient’s immune system to respond by rejecting the new organ. This is a common and sometimes fatal complication that has yet to be resolved in all cases. Stem cell research could lead to its resolution through the modification of human stem cell lines and the combination of stem cell and genetic therapies. Also, a great advantage of using stem cells is that their growth potential is virtually immeasurable. Once a stem cell line is initiated, it will continue growing, unless the cell culture is frozen or artificial limitations are set in place.

Adult stem cells are most commonly used as part of revolutionary therapies that deliver reprogramming factors into the body’s cells. Controlled viruses are already being used to achieve this goal, and scientists are looking into the possibility of curing genetic diseases with their help. However, some researchers are still extremely cautious when it comes to using such techniques on human subjects, due to the complications they have posed during animal trial experiments.